Check out the latest odds 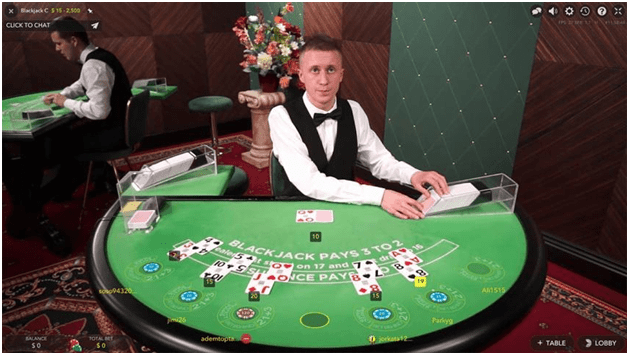 Many players at the casino go for the Blackjack tables as the game is more popular and widely played than the game of Pontoon. If you look at both these game tables at any casino they appear almost the same. But there are few popular differences that can be seen by any regular casino players. We have already covered the major differences in Pontoon and Blackjack few months back in one of our posts but new players always want to know how both the games are a bit unique in their own aspect.

So for the new players we have again covered this topic in our strategy guide and here we talk of the seven popular differences that can be seen between Pontoon and Blackjack.

1. You will find the difference in their game terminology

Just watch a Pontoon game dealer and a Blackjack game dealer and you will notice this popular difference. In Blackjack, ‘hit’ will let the dealer know that you want another card, but the same action is referred to as ‘twist’ in Pontoon. Similarly, ‘stand’ in Blackjack changes to ‘stick’ in Pontoon, and, if you want to ‘double down’ in Pontoon, you’ll want to say ‘buy’, which will double your bet and get you at least one more card. To understand more on this simply stand and watch the game play in action at both Pontoon and Blackjack tables.

2. You can double down in Pontoon

3. Pontoon asks you to use force twists

In Blackjack, basic strategy may indicate that hitting on an eight is the right play, but the player always has the option to stand. By contrast, Pontoon rules state that players must twist if their hands contain a total of 14 or less.

4. Both games have a tie on a House Advantage with a bit difference

Blackjack rules indicate that a tie is a push, and bets are returned to players. Pontoon, on the other hand, favors the dealer on ties. In other words, you could attain a perfect score of 21 and still lose if the dealer draws the same. To account for the added house advantage, Pontoons, which feature an ace and any 10 value card, pay 2 to 1 odds, as opposed to the 3 to 2 odds paid in Blackjack.

5. The Five Card Trick in the game of Pontoon

The five card trick is one of the most popular known feature in the game of Pontoon where there is an additional way for players to win known as a five card trick. For this hand, players need to collect five cards totaling 21 or less. Paying 2 to 1 odds, the five card trick beats a non-pontoon 21. Blackjack, by contrast, simply rewards the players who are closer to 21 than the dealer.

6. Dealers Card Show or not to show

Players at the blackjack tables are at an advantage, as they can see one of the dealer’s cards when making a decision on whether to hit or stand. Pontoon players have no such luck. In this game, both of the dealer’s cards remain face down, adding a bit of mystery to the game and making strategies more difficult to follow.

7. Splitting Aces in Pontoon and the game of Blackjack

In Blackjack, splitting aces eliminates the chances of a 3 to 2 payout by disqualifying hands from achieving blackjack. Pontoon players can still achieve a Pontoon after splitting aces, which leaves them in a better position to cash in on the game’s favorable 2 to 1 payouts.

Now you find these seven most common differences in both Pontoon and Blackjack but this can be practically experienced when you start to play these games and try it for yourself. Now find a good casino whether online or offline real casino and see how both these games work for you.